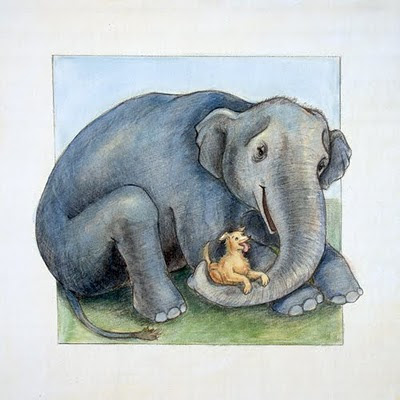 The Whole 9 Gallery has been sponsoring, The Peace Project, a gallery show based on the concept of Peace. It's opening will be in Culver City, CA on World Peace Day in September.

I’ve been wanting to submit something to this project for awhile, and as I thumbed through all of the beautiful traditional imagery of doves, globes, people holding hands, etc… I couldn’t help but think there has got to be something else just as symbolic and meaningful, but would speak to me as an artist and a human being. Then I saw the special on Bella & Tarra. I knew exactly what I wanted to do.

I look at these animals, and see so many differences – Carnivore vs. Vegetarian, Canine vs. Pachyderm, 8,000 lbs vs. 40 lbs… the list goes on. I wanted to capture the simplicity of their relationship. The giant stature of the elephant bursting outside of the frame, and the small bright-eyed pooch snuggled in her trunk.

The story originally aired in January of 2009 (somehow I missed it!) but Bella and Tarra are still going strong. If you are lucky you may see a glipse of them on the live ELECAM at the Elephant Sanctuary website.

So my idea of Peace and Harmony? Well, I think you just need to look at this "Animal Odd Couple" to know... 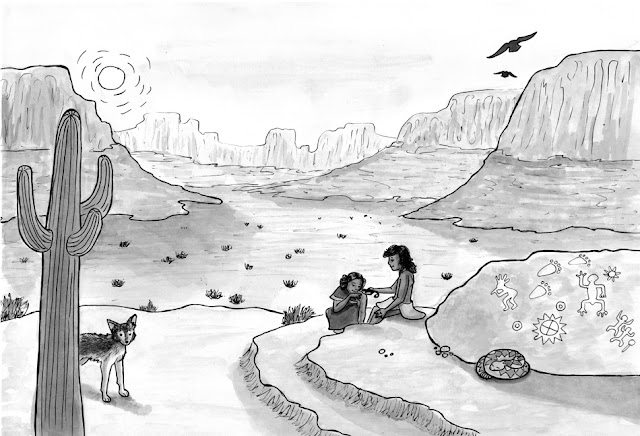 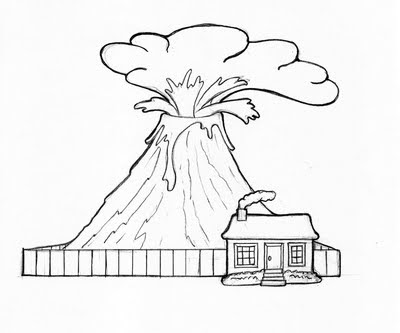 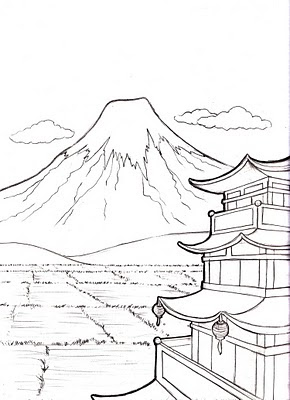